NAFFLIX
Search
WELCOME TO NAFFLIX
THE LOFFIN' STATION
The best of Doreen on one platform. 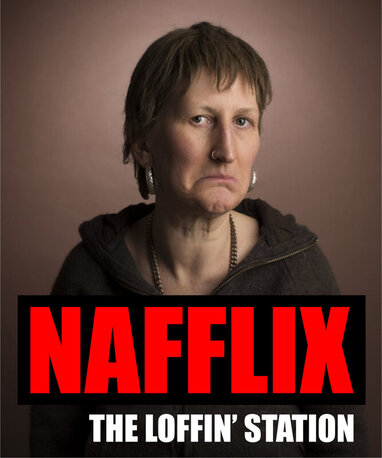 Nafflix is the brand new online platform for all my work, and I'd love your support. Membership is cheap, quick and easy.
​
No monthly fees, no automatic renewals – it’s just a simple one-off fee of £12, which then gives you unlimited access to the entire 'Best of Doreen' collection for a year, either on a computer, tablet or smartphone.

So what’s on Nafflix? Loads of loffs. Here are the main categories:

LIVE SHOWS: Extensive live extracts from Doreen’s Grand Night out, Return of the Yam Yam and Doreen’s Big Top - all recorded at the Grand Theatre Wolverhampton, plus a collection of videos originally used in the stage shows.

VIRALS: All the best social media videos from over the years – loads of them.

So I hope you’ll take a peek at Nafflix and become a member, and also tell your friends. The more members we get, the more new stuff we can keep adding.